And it does so as FAO’s strategic ally in the International Year of Quinoa» (IYQ2013).

The aim of World Food Day, proclaimed in 1979 by the Conference of the Organization of the United Nations Food and Agriculture Organization (FAO), is to heighten public awareness of the world food problem and strengthen solidarity in the fight against hunger, malnutrition and poverty.

The day coincides with the date of the founding of FAO in 1945.

In 1980, the General Assembly endorsed observance of the Day in consideration that «food is a requisite for human survival and well-being of humanity and a fundamental human necessity» (resolution 35/70 of 5 December).

The FPSC supports on that occasion the «International Year of Quinoa» (2013) and wants to use the celebration of this day to highlight the recognition it receives as a natural food of high nutritional value, becoming quality food for the health and food security of present and future generations.

Quinoa plays an important role in the eradication of hunger, malnutrition and poverty and is presented as an alternative for those countries experiencing food insecurity.

This food is natively in all countries of the Andean region, but its cultivation has transcended borders: it is cultivated in France, England, Sweden, Denmark, Holland, Italy, United States and Canada.

The FPSC as a promotor in the creation and member of the NGO Network for Development of Latin American Countries (REDI) is driving the activities that the network itself is being developed on the occasion of AIQ2013. 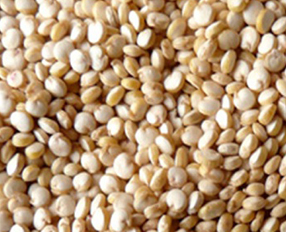