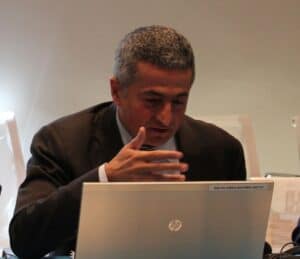 Youssef El-Khalil is President of the Association for the Development of Rural Capacities (ADR), a Lebanese organization member of the Euro-Arab Network of NGOs for Development and Integration (READI), which works with the objective of training individuals, marginalized or disadvantaged groups or communities and help them improve their living conditions, mainly in the south of the country.

Youssef El-Khalil, a senior official of the Central Bank of Lebanon (BDL), is Director of Financial Operations at the BDL and President of the Lebanese Microfinance Association (LMFA).

From READI we wish him the greatest success and achievements in such a delicate and complex moment Lebanon is going through.